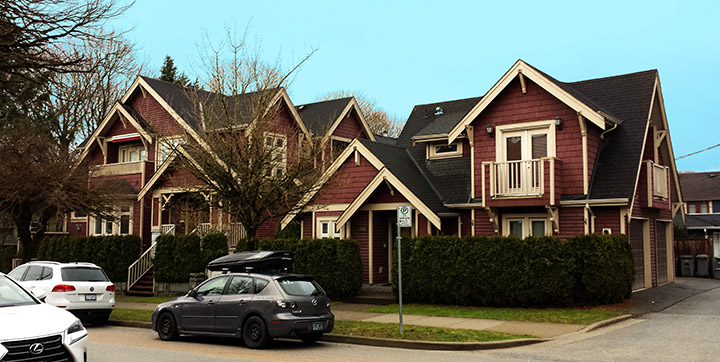 We have been working with the Grandview-Woodland community to develop new zoning to provide more incentives for character home retention and to increase housing opportunities.

In Mount Pleasant, an RT Zone Review was recently launched with similar objectives.

In recognition of the significant overlap in the context and objectives of these two planning programs, they have been combined to produce a common and consistent approach for changes to the RT-5 and RT-6 zones. 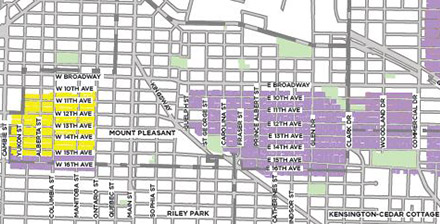 Find the zone for an address

Learn about the zoning changes

These amendments introduce increased opportunities for housing choice and character retention incentives in the Grandview-Woodland and Mount Pleasant communities.

October 3, 2017, City Council has approved amendments to the Zoning and Development Bylaw. The amendments introduce increased opportunities for housing choice and character retention incentives in Mount Pleasant, Grandview-Woodland, and adjacent areas, including:

In advance of the public hearing on amendments to the Zoning and Development Bylaw, there were two opportunities for residents of Mount Pleasant and Grandview-Woodland to learn more about these proposed zoning changes and ask general or site-specific questions.

On September 12, 2017, we held an open an information meeting on the proposed new regulations and guidelines and on September 14, 2017, we hosted a site-specific enquiry night.

July 25, 2017, City Council referred amendments to the Zoning and Development Bylaw to a public hearing on September 19, 2017. The amendments propose to increase opportunities for housing choice and character retention incentives in Mount Pleasant and Grandview-Woodland, including:

We held two open houses to get your input and share information. Thank you to everyone that came out.

On April 11, City Council approved changes to design guidelines so that smaller properties in Mount Pleasant can be considered for infill housing. Lots must be in a RT-5, RT-5N, RT-5A, RT-5AN, or RT-6 zone (see the map), and must have an existing character house.