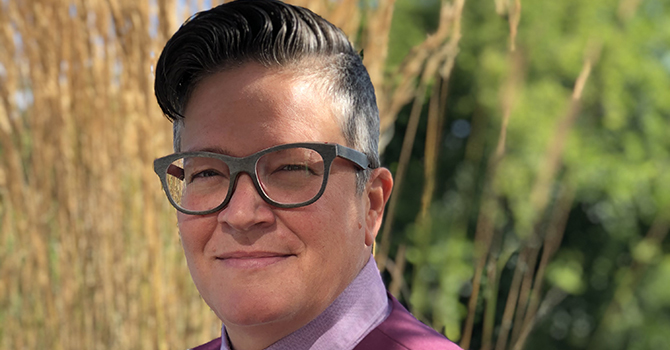 Donnie Rosa to lead Vancouver Park Board as General Manager

I’m passionate about parks, recreation, community, seeking truth in reconciliation, as well as increasing access, equity, and taking action on climate issues. I feel my values align closely with those of the Park Board and City of Vancouver.

Rosa brings a unique familiarity, strategic insight, and invaluable experience to the General Manager role, after previously spending three years on the senior leadership team at the Vancouver Board of Parks and Recreation in the role of Director of Recreation Services.

Rosa brings more than 25 years of experience in parks, recreation, and culture operations, coupled with a degree in communications from Northeastern University. Additionally, Rosa has worked in mental health and homeless shelters, and has a breadth of experience working in community development, youth and seniors’ programming, and the delivery of parks, unique gardens, trails, and open spaces to contribute to community resiliency and climate action.

Rosa offers a leadership style that is focused on building strong teams with a foundation in meaningful relationships.

“It’s an honour to be chosen to lead the incredible team at the Park Board,” said Rosa. “I’m passionate about parks, recreation, community, seeking truth in reconciliation, as well as increasing access, equity, and taking action on climate issues. I feel my values align closely with those of the Park Board and City of Vancouver. We have challenging work ahead of us and I know we have the talent and commitment to find solutions, with community engagement as a cornerstone in our approach.”

Past successes with the Park Board

While serving as Director of Recreation Services at the Park Board, Rosa was a key member of the team that successfully negotiated the new community centre joint operating agreement. Rosa is a settler working and living on the unceded, ancestral territories of xʷməθkʷəy̓əm (Musqueam), Sḵwx̱wú7mesh (Squamish), and Stó:lō and Səl̓ílwətaʔ/Selilwitulh (Tsleil-Waututh) Nations.

Background in sport and volunteerism

Along with extensive municipal experience, Rosa has an impressive background in sport and volunteerism. Rosa played professional ice hockey, was inducted into multiple hockey halls of fame, and coached in the Team Canada program for the International Ice Hockey Federation. Rosa is a committed and active community volunteer, as well as a multi-award winning leader, and has received multiple Leadership Awards from the City of Vancouver. Rosa currently serves as a Director and President-elect of the BC Recreation and Parks Association (BCRPA) in addition to being a BC Director on the Canadian Parks and Recreation Association (CPRA).