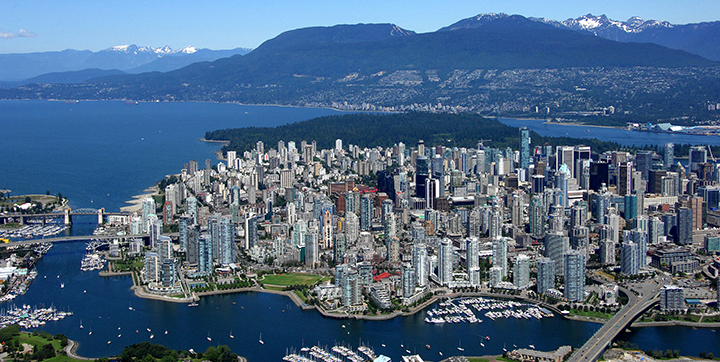 The City of Vancouver is a coastal, seaport city on the mainland of British Columbia. Located on the western half of the Burrard Peninsula, Vancouver is bounded to the north by English Bay and the Burrard Inlet and to the south by the Fraser River.

The streets in Vancouver generally form a standard grid, with most streets running north and south, and most avenues running east and west. The majority of avenues are numbered (1st, 2nd, 3rd, and so on) with two notable exceptions: Broadway, which replaces 9th Avenue, and King Edward Avenue, which replaces 25th. All streets are named.