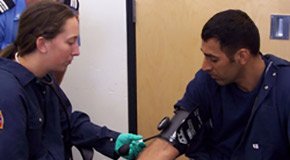 Last week, 11 people lost their lives to suspected overdose deaths in the city of Vancouver. This represents the worst week on record for 2018, as reported by the Vancouver Police Department (VPD). The data shows the crisis continues to impact Vancouver at alarming rates, despite BC Coroners Service reporting today a declining trend in overdose deaths between April and June 2018.

“Last week’s death count is simply ghastly: 11 people died due to suspected overdoses. Tragically, this marks Vancouver’s worst week for overdose deaths so far this year,” said Mayor Gregor Robertson. “While the latest report from the BC Coroners shows that the number of suspected overdose deaths across the province decreased slightly in June, we don’t see signs that we’ve turned a corner on this public health disaster in Vancouver. A poisoned supply of street drugs continues to kill our loved ones and devastate families across our city. Lives are on the line— people need access to safe prescription drugs rather than being forced to turn to the deadly drugs from organized crime on our streets.”

Front line workers are suspecting the increase in overdoses and related deaths are due to a high toxicity in street drugs. The City continues to advocate for more and expanded programs that provide access to drug checking and a clean drug supply, recently providing $60k of funding to the BC Centre on Substance Use (BCCSU) to purchase an FTIR spectrometer to support drug checking pilot initiatives.

Other initiatives supporting a response to the public health emergency include providing $1.9M in funding to VFRS for an additional three-person medic unit in the DTES to support a rapid response to overdoses, and investing $1.02M in a range of high impact community projects from anti-stigma programs to promote access to services and recommended strategies to the federal government to urgently address toxic drug supplies.

The City also funds a range of projects with organizations responding to the crisis including Megaphone, the Metro Vancouver Aboriginal Executive Council, RainCity Housing and Support Society and PHS Community Services Society.

Toxicology reports on the most recent deaths are not yet complete, and final overdose death numbers need to be confirmed by the BC Coroners Service.