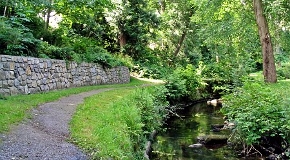 The Vancouver Park Board is reviewing the 2013 Master Plan to identify features to implement in the first phase of renewing Renfrew Ravine Park and Renfrew Community Park.

The Master Plan considered opportunities to:

Our redevelopment of Renfrew Community Park and Renfrew Ravine Park means residents have easier access to the habitat of the ravine and Still Creek.

The new boardwalk through Renfrew Ravine Park is connected to street level via a series of timber steps.

Still Creek is the longest remaining visible creek in Vancouver and part of a larger City of Vancouver rehabilitation project. Nearly 1 km of Still Creek is visible through both parks.

Renfrew Ravine Park is the only park in Vancouver with a creek in a natural ravine. The park is 6 hectares and located north of the 29th Avenue Skytrain Station and south of East 22nd Avenue.

A large portion of the parking lot off Renfrew St will be closed for construction until September. Throughout the summer, many sections of the trail in the park will be closed to facilitate upgrades and enhancement.

Work in Renfrew Ravine Park started in late June and trail access from Boyd Diversion down to the creek will be closed.

Construction along the trails adjacent the creek in both parks will continue through to late August.

February 2018 - On February 19, the Park Board approved the contract award to begin implementation of the first phase of renewals in Renfrew Ravine and Renfrew Community Park. Construction is expected to start the last week of May and finish by the first week of October.

The park renewal at Renfrew Ravine Park includes a new staircase into the ravine at the north end of the park which will connect to a raised boardwalk feature at the bottom of the ravine leading to the historic cedar stump. The edge of the park along Renfrew Street will be getting a new pathway, a low fence, and the addition of new native trees and plants to enhance and protect the park edge.

In addition to the trails and natural features, a new dog park will be constructed on the west edge of the ravine, replacing a portion of the existing parking lot. The new dog park will include a variety of paving materials, seating, fencing, and dog play features.

March 2016 - We are currently reviewing the recommendations in the master plan to identify features that will be included in the 2016/2017 renewal. We will complete detailed designs this year anticipating the renewals will be implemented in 2017. To receive regular updates about the contemplated park renewals, email renfrewpark@vancouver.ca.

February 2016 - As part of our ongoing enhancements, we will remove blackberries along the west edge of Renfrew Ravine in the area between 24th and 25th avenues. The mowing will occur the week of February 22-26 to avoid disturbing birds during nesting season.

We will also work with Evergreen Foundation volunteers to:

This work is the first step in creating a north-south trail between Boyd Diversion and East 25th Avenue.

September 2013 - The Renfrew Ravine and the Renfrew Community Park Master Plan was developed through a comprehensive design and public engagement process.

Renfrew Ravine and Renfrew Community Park are part of Still Creek watershed, which is being rehabilitated as part of the Still Creek Enhancement project. 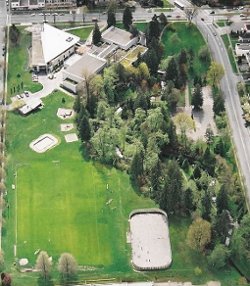 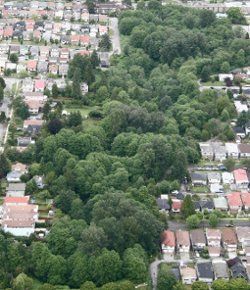 In fall 2012, the Vancouver Park Board hired a landscape architecture firm to develop a master plan for Renfrew Ravine and Renfrew Community Parks, in collaboration with City departments, Metro Vancouver, community stakeholders, and residents.

The master plan was developed through public engagement that focused on:

Get updates on the implementation