The Musqueam Park Walk is an out and back loop, totaling 5km or approximately 6561 steps. This route is on the traditional, unceded territory of the Musqueam nation. You will walk through many culturally significant areas including an ancient village and burial site of the Musqueam people, dating back at least 4,000 years. The area has undergone great change, and also includes contemporary Musqueam art pieces reflecting the importance of this area. Take a walk along this beautiful route and feel the history beneath your feet.

The Musqueam Park walking route travels through the traditional, unceded territory of the Musqueam Nation. It was developed into a rural region within the area now known as Vancouver, and is quite unique and isolated from the rest of the city. This walk offers an opportunity to learn more about the Musqueam, including contemporary Musqueam art pieces, history of the land, and current significant cultural sites. It also offers an opportunity to reflect on how non-Indigenous development sits alongside a community of Musqueam peoples.

This walk is made up of dirt, gravel and concrete paths as well as roadways. These paths are used by equestrians, and can often quite muddy in areas. Come prepared with appropriate footwear, especially after or during rainy weather. On many days the Bridal Path is not suitable for wheelchairs. 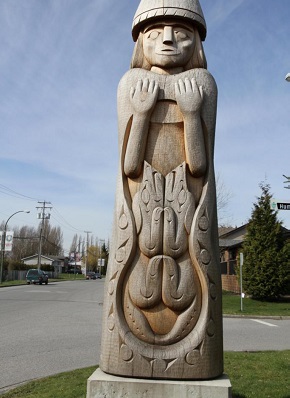 This route is on the unceded territory of the Musqueam, and includes one of the three reserve lands that the Musqueam have in the area now known as Metro Vancouver. You will notice street signs which are in Musqueam language. This route also travels along the developed land now known as Southlands. The Musqueam, along with the Squamish and Tsleil-Waututh nations have been in this area since time immemorial. There are many culturally significant areas along this walking route.

You can view an extensive Musqueam history map, including points of interest along this walk. Here you will find information on Musqueam place names, hear audio of the hən̓q̓əmin̓əm̓ language from Musqueam elders, view historical photographs of some of the places and see where they are located.

A reserve is a piece of land set aside as per the Indian Act and treaty agreements for the exclusive use of a First Nations Band. Band members have the right to live on reserve lands, and the band administration office and community cultural centres are frequently located there. It is important to note that a reserve is very different from traditional territory. The reserve system undermined First Nations peoples’ relationship to their traditional territory but did not destroy it. Reserves disrupted and separated not only lands but also peoples and Nations that had existed for tens of thousands of years. 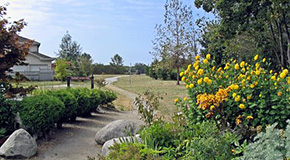 Located on a small island in the Fraser River, Deering Island Park is a semi-natural area perfect for enjoying the peaceful views of the river and tidal marshes. In late summer, the park is filled with dragonflies and the sweet scent (and flavour!) of blackberries. Over time, due to desired shipping access up the river, the flora and fauna have changed from what you might once have seen in this location. 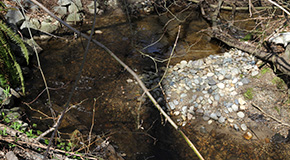 Musqueam-Cutthroat Creek system which has its headwaters in Pacific Spirit Regional Park, flows through the area into the Fraser River delta. The two kilometre stream has enormous significance and supports spawning runs of wild Coho and Chum Salmon as well as Cutthroat Trout. The creek also provides the Musqueam people with plants that are harvested for traditional uses.

In 1997, a devastating contamination occurred when household pollutants were released from nearby homes. The Musqueam Ecological Conservation Society and the David Suzuki Foundation sprang into action to rescue the fish, and relocate them to nearby Cutthroat Creek. The restoration efforts have proven to enhance the population of insects which the fish feed on, and encourage spawning in the area. 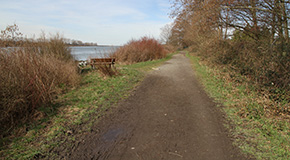 Defined by the area’s geography, and zoning, Southlands is unlike any other community in Vancouver. It has been granted a special semi-agricultural zoning status which allows residents to keep livestock within 20 minutes from the core of a modern city. It is on the unceded territory of the Musqueam, Squamish and Tsleil-Waututh.  The walking route travels along a path that has been created with equestrian use as a top priority. 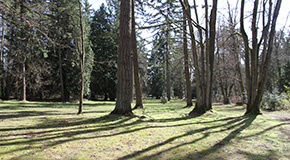 Musqueam Park is a large 22.05 hectare area. Most of this area is dominated by forest, with the main trail following the perimeter of the park. Ferns, and thimble berries line the walkway and big leaf maple, sycamore, red alder, hemlock and cedar trees reach skyward.

In 2006, Crown Street became Vancouver’s first example of a sustainable streetscape. Lined by structural grass and planted swales, the narrow street meanders downhill following a natural drainage course. This innovative construction model allows storm water to be absorbed into the land, rather than creating an intense demand on the existing storm water system. Pollutants are filtered naturally, and nutrients reabsorbed. Further ecological benefits include stabilizing the base flow of the nearby creeks. The roadway also serves to slow and calm traffic, as well as improve aesthetics.

Off the path
PREV   NEXT 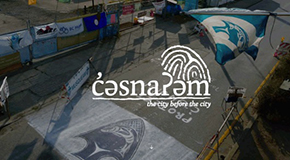 c̓əsnaʔəm, commonly known as the Marpole Midden, is located in the heart of Musqueam’s Traditional and unceded Territory. It is an ancient village and burial site of the Musqueam people, dating back at least 4,000 years.

View a full history of the midden including recent controversy around use of this precious site External website, opens in new tab 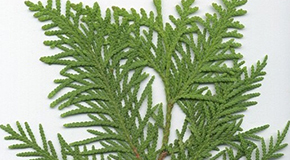 As you walk this route, you will notice many large beautiful cedar trees.  Cedar is very important to the local Musqueam, Squamish and Tsleil-Waututh peoples, as well as many other First Nations peoples. Cedar is often used for spiritual, ceremonial, medicinal and weaving purposes. 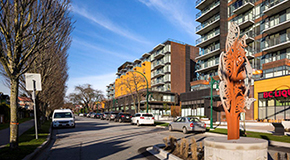 Located at the intersection of Cornish Street and W 70th Avenue, this 14’ high water-jet cut aluminum sculpture, is powder coated in copper and silver paint. It was conceived by the artist to acknowledge this rich cultural history, the history of the Coast Salish people, and to (re)introduce the residents of this community to their neighbour, the Musqueam people.

This conceptual art piece depicting salmon and river grass, is based on the theme of “people of the Grass” as well as the “Salmon People” which is uniquely Musqueam. Salmon were once found in abundance in the nearby Fraser River.

Overall, the forms represent a living thriving culture and historical legacy, giving a sense of place and a landmark that respects the past, present and future. 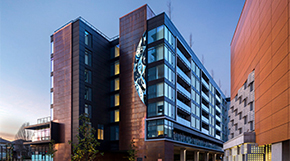 This piece is nearby this walk at Granville and 70th The 4-story light boxes are located on the copper panels on the West Building and Cornish Estates Building, facing the central plaza at 8555 Granville Street

Designed by brother and sister team, artists Thomas and Kelly Cannell, the panels tell a contemporary tale about their homeland, and depict creatures of the Land (green) and the Sea (blue). Each light box is shaped as a fragment of a circle, the shape of a spindle whorl which was utilized when spinning the yarn used in Coast Salish weaving. Examples of Musqueam weaving can be seen in the display case in front of the Safeway along Granville street.

Creations in weaving have been passed down for countless generations. The artists’ grandmother, Edna Grant, was taught to weave by her mother, who was taught by her mother, and so on. Her designs could be recognized up and down the coast. Not unlike a crest, weaving designs symbolize lineage. This is true in carving, weaving, painting, and dancing. The artists are proud of this legacy and acknowledge it in this artwork.

Learn more about the artists: