Paul Wong officially launched his year-long residency at the Dr. Sun Yat-sen Classical Chinese Garden to coincide with the City of Vancouver’s April 2018 formal apology for the historical discrimination against Chinese residents in Vancouver.

Wong is creating a series of multidisciplinary artworks based on 700 letters in Chinese sent by 90 writers to his mother Suk-Fong Wong from 1946 to 2016.

The residency will include exhibitions, screenings, collaborations with other artists, workshops, performances, events, a website, and a book.

Occupying Chinatown is commissioned in partnership with the Dr. Sun Yat-Sen Classical Chinese Garden. Wong also received support from the Audain Foundation and the BC Arts Council.

This exhibit includes a pair of signs to acknowledge Chinatown’s Toisanese settlers, as well as letters and objects.

Audiences were treated to a mashup of these gender-bending genres that celebrate the rich history of Cantonese opera as a folk art form in Chinatown and Chinese communities. Classic Chinese opera roles including females were originally performed by men. More recently, when woman have been permitted to perform on stage, women often play both female and male roles.

This magical cross cultural and communities event was presented with community partner Vancouver Arts and Leisure Society as part of the Alternative Pride Festival. 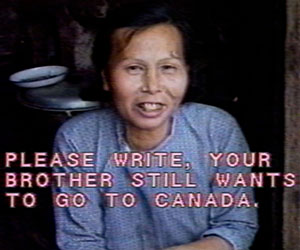 Watch Wong’s exploration of his second-generation Chinese-Canadian perspective on the Chinese in the new world, Canada, and in the motherland, China. 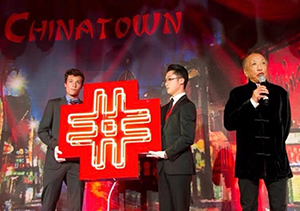 Paul Wong has been creating daring work for over 40 years, pushing the boundaries of conventional cultural stereotypes and art. He's produced large-scale interdisciplinary artworks in unexpected public spaces since the 1970s.

His work subverts stereotypes in form and content. Many works are bilingual, and trilingual, meshing English, Cantonese, and Mandarin.

Works relevant to this project include:

The Dr. Sun Yat-Sen Park and Classical Chinese Garden in Vancouver is a tranquil garden right in the heart of Chinatown.

We commission artists to develop public artworks outside the limits of a predetermined site, theme, or medium.

Explore and find out how the City and Park Board support public art by emerging and established artists in Vancouver.