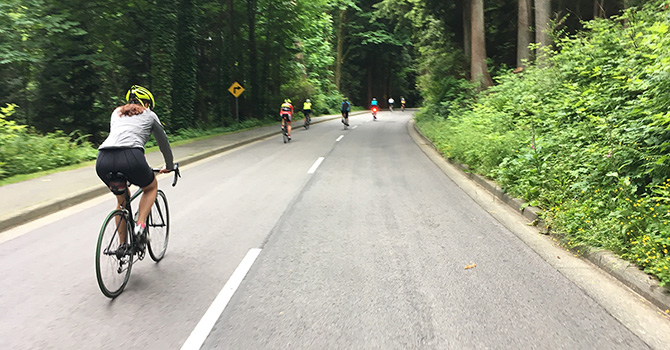 On September 26, the right lane in Stanley Park reopens to vehicle traffic and the seawall reopens to bicycles. Remaining closures are:

What's happeningMaking plans for the future

Tell us about your experiences using Stanley Park's temporary traffic changes in response to COVID-19.

Get involved on
Shape Your City

In response to COVID-19, we closed Stanley Park roads to vehicles and the Stanley Park seawall to bicycles. This allowed bicycles to ride through the park unrestricted by cars and for pedestrians to walk along the seawall while maintaining physical distancing.

In late June, Stanley Park was reopened to vehicles with a temporary traffic management plan implemented where one travel lane is dedicated to cars and one lane for cyclists. The seawall remained closed to bicycles to facilitate and maintain physical distancing for pedestrians.