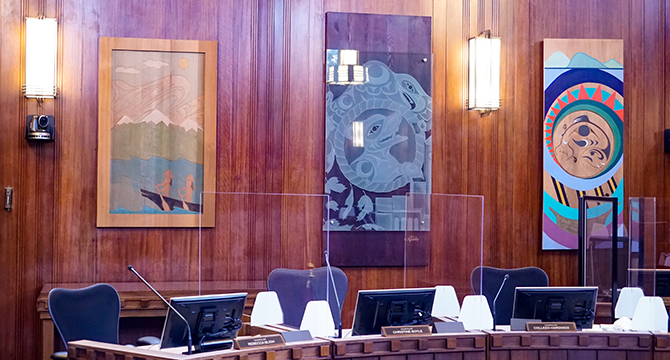 The hən̓q̓əmin̓əm̓ and skqxwu7mesh speaking peoples, the Musqueam, Squamish, and Tsleil-Waututh Nations, have occupied these lands since time immemorial.

The Ones Who Take Care of What Was Handed

People of the Inlet

Vancouver has the third largest urban Indigenous population of any Canadian city.

The mandate of these committees is to advise City Council and staff on ways to enhance access and inclusion, so individuals can fully participate in City services and civic life.