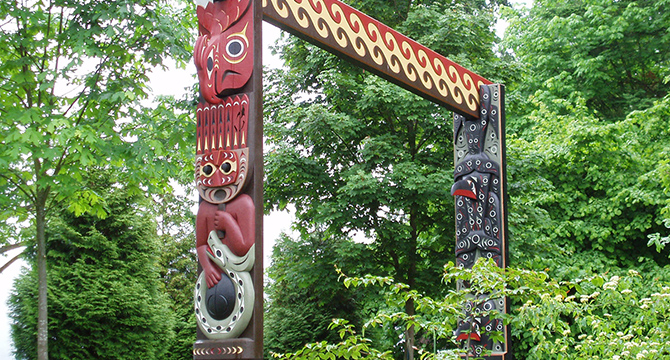 People Amongst the People, 2008, by Susan Point

Since then, we have created new policies to support Reconciliation efforts, and continue to explore ways to work closely with the Musqueam, Squamish, and Tsleil-Waututh Nations, and urban Indigenous peoples living in Vancouver.

Examples of actions we are working on