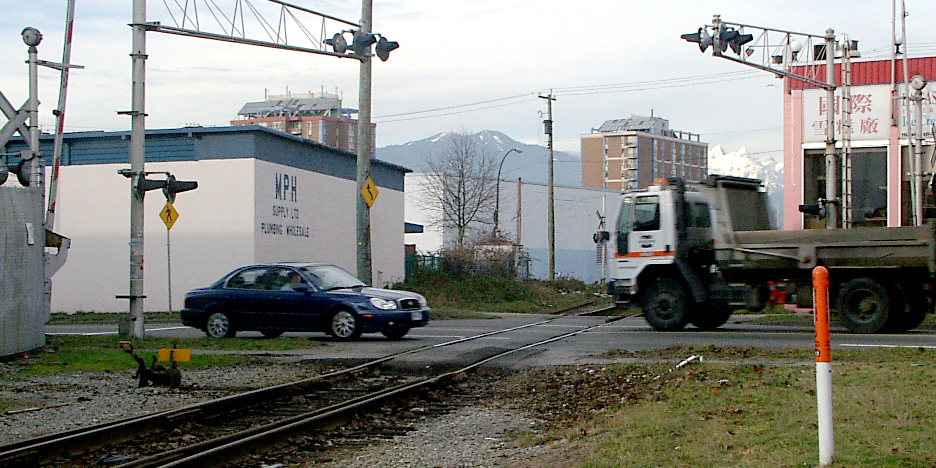 As part of our Transportation 2040 Plan and False Creek Flats Rail Corridor Strategy, we are seeking opportunities to separate our streets from the Burrard Inlet Rail Line that runs north-south between the False Creek Flats and the Port, west of Clark Drive.

Grade-separating streets from the rail line is important because it will:

The Powell Street Overpass was the first grade separation project completed by the City in 2014.

In 2015, Council directed staff to explore alternate routes to the current arterial on Prior/Venables for the grade-separated street. Technical study and engagement on alternate routes began during the False Creek Flats planning process and continued through the Flats Arterial Community Panel.

Each alternate route had significant challenges. After 5 years of study and engagement, no alternate route was found that was both cost-effective and supported by the community.

Council approved an underpass on Prior/Venables St and a series of measures aimed at calming traffic on Prior St. 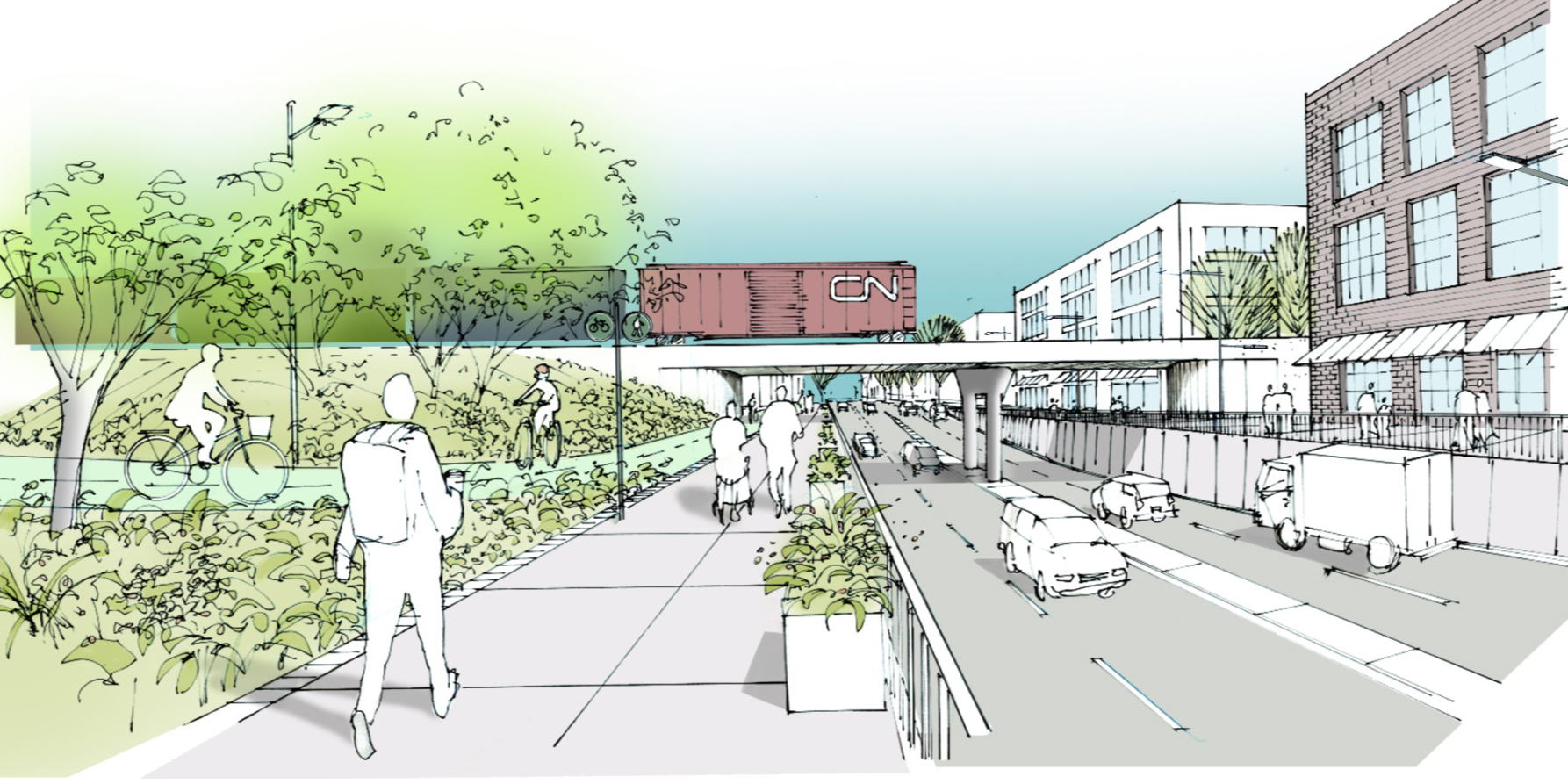 We will work with project partners such as the railway and the port to build an underpass at no cost to the City. Once completed, the new underpass will provide a safe and accessible connection under the rail line for people walking and biking, and a reliable route for people taking transit and driving.

Council also directed staff to calm Prior St and work with the community to make improvements to the street and the local street network. This includes improvements to crossings, reducing the speed limit to 30/km hour near Strathcona Park, and a pilot on Prior St that will reduce the street to one lane in each direction at all times of day.

The illustration below shows the potential enhancements at Hawks Avenue, to be discussed with park staff and the community. 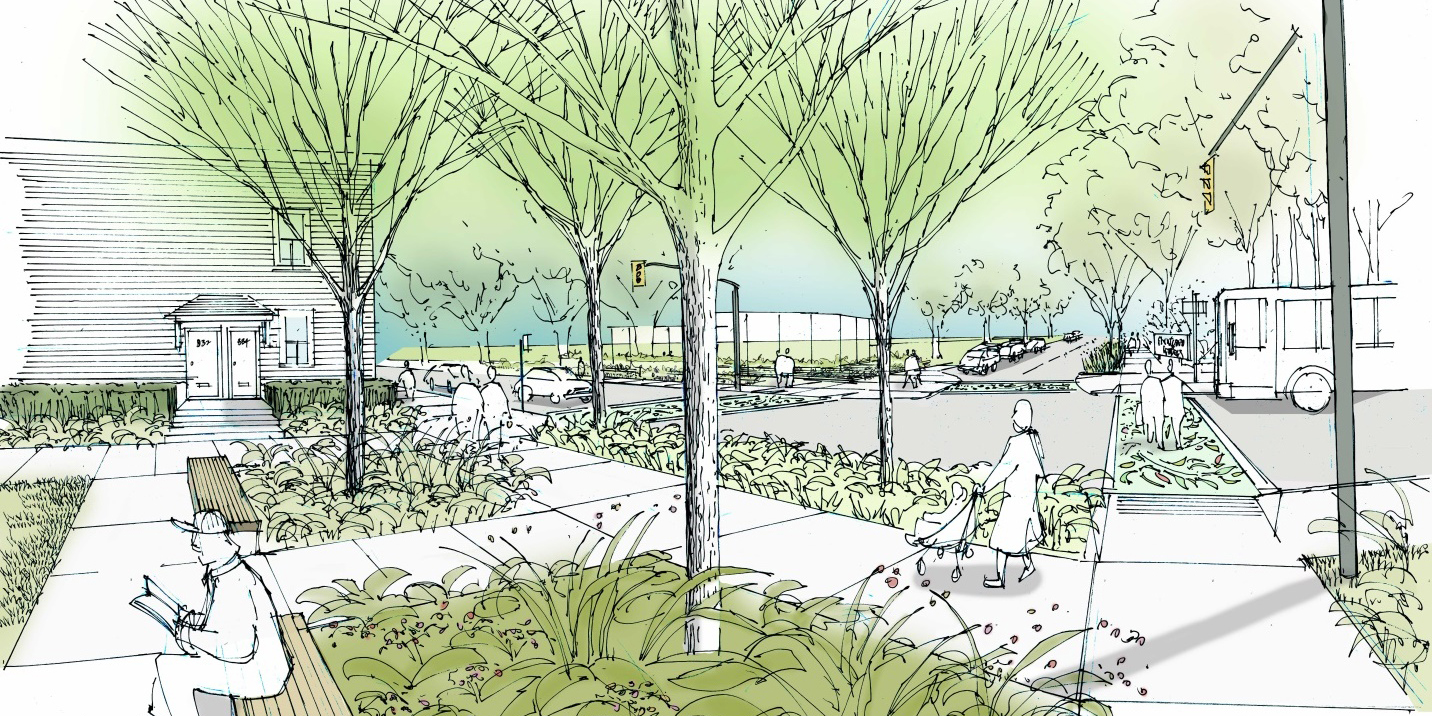 Review the timeline, process to date, and documentation of previous public engagement.

The panel will be convened by the Jefferson Center.