A critical investment to keep our region moving today and tomorrow.

We're excited to launch a digital campaign to support Broadway businesses during construction of the Broadway Subway Project, which is being delivered by the provincial government.

Shopping local has never been more important and over the next few years, our digital campaign will remind people that Broadway businesses are open and appreciate everyone’s support.

Learn about the construction External website, opens in new tab

The City is working with the provincial government as it delivers the Broadway Subway Project External website, opens in new tab, a key investment in the region’s prosperity. The new line will be a tunneled extension of the Millennium Line SkyTrain through the Central Broadway area, BC’s second-largest employment district.

The Broadway Corridor is one of North America’s busiest transit thoroughfares. Today, the corridor is served by the 99 B-Line, an express bus service that is already at maximum capacity for much of the day. By extending the SkyTrain network from VCC–Clark Station to Arbutus St, the Broadway Subway will add much-needed people-carrying capacity to this critical corridor. The line will be extended to UBC at a later time.

The Broadway Subway (marked in orange) will have six stations.

Led by the Government of BC, construction of the Broadway Subway will start in 2021. Once opened in 2025, it will be operated and maintained by TransLink as part of the regional transit network.

The Broadway Subway is a key part of the TransLink Mayors’ Council’s 10-Year Vision External website, opens in new tab, a region-wide, integrated transportation plan approved in 2014. The Project is a $2.83 billion investment in the region’s transportation network, with funding contributions:

Extending the Line to UBC

In 2014, when the region’s mayors created their 10-year Vision for the region’s transportation network, they supported a two-phased approach to building rapid transit to UBC based on available funding. Today, funding is in place to extend SkyTrain from VCC–Clark to Arbutus St and is being designed to allow for future rapid-transit expansion to UBC.

The western terminus station of the Broadway Subway will be at Arbutus St and will include a bus loop. The 99 B-Line bus service will continue to run between Arbutus St and UBC until the line is extended to UBC.

TransLink is currently assessing SkyTrain alignment and station-location options between Arbutus and UBC External website, opens in new tab with many partner agencies, including the City of Vancouver.

Why do we need rapid transit?

Broadway is a regionally important and growing corridor.

Meet the needs of today and tomorrow
PREV   NEXT

Metro Vancouver will welcome one million new residents and 600,000 new jobs over the next 30 years.

Improved transit service will encourage economic growth in the Broadway Corridor through better regional links between:

For example, research at UBC has generated 137 spin-off companies (95% in BC), with more than $4 billion in sales and 40,000 person years in employment.

The Greenest City Action Plan have set targets for carbon reductions and increased transportation mode share for sustainable transportation, such as rapid transit.

Our Transportation 2040 Plan sets a target to reach 33% of trips to be made by transit. With more people able to take faster, more convenient transportation east-west across the city, we will see an increase in transit ridership. The Plan also sets a vision for compact, complete development supported by transit. We strive to build complete communities that bring people closer to their daily destinations and make walking the easiest and most convenient option for many trips.

Why build the Broadway Subway? 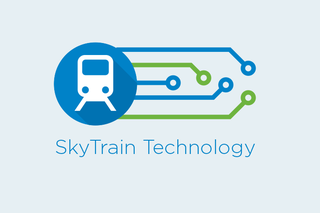 It's the best option

For over 15 years, we've worked with TransLink to study the best possible transportation option for the Broadway Corridor. Here’s what we’ve learned so far.

The City’s role in the Broadway Subway Project

While the provincial government is delivering the project and TransLink will operate it once in service, the City plays an important role through its responsibility for streets, water pipes, sewers, development, land use, and transportation planning in the corridor. We also represent the businesses and residents along the Broadway Subway and offer advice to the Province on the design of the stations and construction planning.

The Broadway Subway Project will have impacts on the surrounding neighbourhoods during construction. The Province, City, and TransLink are committed to working together to minimize these impacts.

Help for residents, visitors, and businesses

View our guidance principles and documents for this project.

Opportunities for new housing, jobs, and amenities around the new Broadway Subway in Mount Pleasant, Fairview, and Kitsilano over 30 years.

Click the link in the email we just sent you.

Learn more about this provincial project