What is a by-election?

One councillor and nine school board trustees

View official results for the 2017 by-election.

A by-election is an election to fill a vacancy arising during a term of office. Like other civic elections, by-elections are managed by the Office of the City Clerk.

Under the Vancouver Charter, the City Clerk must notify Council of the resignation. This took place at the Council meeting on July 11, 2017.

An election must be held to fill a vacancy in the Council if the vacancy occurs prior to January 1 in the year of a general local election.

How often do by-elections happen? 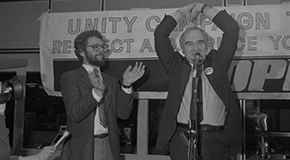 By-elections are very rare in Vancouver. The last one was in 1992, when then-Councillor Bruce Yorke of COPE resigned due to ill health.

Yorke gained his Council seat in 1985 in another by-election, beating Phillip Owen to win a place on Council.

Over its more than 125-year history, Vancouver City Council has had just 16 by-elections.

Role of the Chief Election Officer

The Chief Election Officer is responsible for overseeing all aspects of the by-election, in accordance with provincial legislation.

The Chief Election Officer’s primary role is to ensure the integrity of the voting process, voter anonymity, and to encourage democratic participation.

Our next general election

The next general municipal election – when all positions on City Council, including the Mayor and 10 councillors, are elected – is scheduled for Saturday, October 20, 2018.

Park Board commissioners and School Board trustees will also be elected in the 2018 vote.