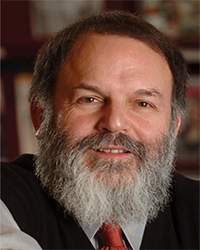 Yosef Wosk, a scholar, educator, author, businessperson, art collector, explorer, rabbi, peace activist, and philanthropist was awarded the Freedom of the City on March 1, 2022, in recognition of his philanthropic work benefiting libraries and museums, academic excellence, nature conservation, health care, community and social services, heritage preservation, science, humanities, reconciliation, and the arts in Vancouver and around the world.

Born in Vancouver in 1949, Dr. Yosef Wosk is a multidisciplinary thinker and community activist who founded the Canadian Academy of Independent Scholars, the Philosophers’ Café, and a number of schools. He championed museums and libraries on every continent, assisted individuals and institutions with publication grants, planted hundreds of thousands of trees, and endowed the City’s Poet Laureate. His extensive travels culminated in expeditions to both the North and South Poles.

His achievements have been widely celebrated locally and abroad, resulting in numerous awards and accolades. Dr. Wosk — who earned seven university degrees and received honorary doctorates from Simon Fraser University and Emily Carr University of Art and Design — is an Officer of the Order of Canada, a Member of the Order of British Columbia, as well as a Fellow of the Royal Canadian Geographical Society.

He is the recipient of both the Queen’s Golden and Diamond Jubilee Medals, the United Nation’s Culture Beyond Borders Medal, the President’s Award from the Canadian Museums Association, and a Martin Luther King, Jr. Award for Community Service from the NAACP.