The appointment of Mike Macdonell as the Inaugural Auditor General is a significant milestone for the City of Vancouver. For the first time, the City will have independent assurance of the stewardship of public funds. 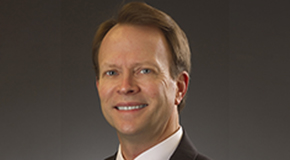 After a broad recruitment search, City Council has appointed Mike Macdonell (he/him/his) in the newly created role of Auditor General for the City of Vancouver.

At the Office of the Auditor General of British Columbia, Mike Macdonell was the Assistant Auditor General, Quality Assurance, Standards and Administration. He led performance audits of Crown corporations, ministries, and legislative offices in areas ranging from health care, transportation, public utilities, police services, to performance management, and reporting.

At British Columbia's Auditor General for Local Government, Mike Macdonell conducted quality control reviews and provided technical advice on all the audits conducted by the office over the eight years it was in was operation. In the private sector, he was a Business Advisor and leader of BC Public Sector Enterprise Risk Services for a national accounting and advisory services firm.

A Chartered Professional Accountant (CPA, CA), Macdonell is a Certified Fraud Examiner and holds Bachelor of Arts and Master of Business Administration degrees. As a volunteer, he served six years on the Council of the Institute of Chartered Accountants of BC and sat on the Institute's Practice Review and Licensing Committee as well as the Public Practice Committee of CPA BC.

"Vancouver's first ever Auditor General is an important addition to our governance structure in the City. I want to thank all the councillors for their hard work and dedication to this process, and look forward to working with Mike Macdonell as he establishes this office," said Mayor Kennedy Stewart.

"The appointment of Mike Macdonell as the Inaugural Auditor General is a significant milestone for the City of Vancouver," said Councillor Hardwick, Chair of the former AGRC. "For the first time, the City will have independent assurance of the stewardship of public funds, joining every other major city in Canada. Mike comes with a wealth of knowledge and experience and is up to the challenge. He possesses the qualities that we have been seeking: integrity, discretion, collaborative, approachable, with a strong data-driven and standards focus."

"The creation of an Independent Office of the Auditor General is a critical initiative and we have found an incredible inaugural leader and subject matter expert in Mike Macdonell. I am confident that under Mike's leadership this office will deliver value in both performance and financial accountability and transparency at City Hall."

"It's critical that the public has confidence that the city's use of taxpayer dollars and its collection and disposition of other revenues including developer contributions, is serving the public interest well. That's why an Independent Auditor General is so important. I can't imagine anyone more qualified to take on this critical inaugural role than Mike Macdonell."

"Vancouver residents expect City Council to govern with integrity, deliver quality services, and invest their tax dollars wisely. The first ever Auditor General for Vancouver will increase the transparency, accountability, and efficiency of City Hall and civic services."

"It's been a privilege to serve on the Auditor General Recruitment Committee to hire the inaugural Auditor General for the City of Vancouver. I couldn't be more pleased to welcome Mike Macdonell into this role, as he brings unparalleled experience and expertise that will be invaluable in establishing and leading the AG office and function. I look forward to this independent office working to build the confidence of Vancouver residents in how their tax dollars are spent, identifying where things can be improved and what is being done well, and also to serving on Council's new Auditor General Committee to support accountability and transparency at City Hall."