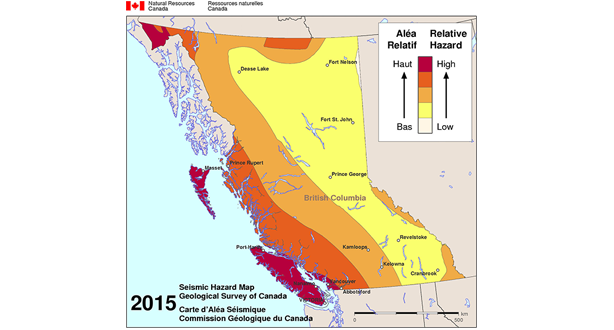 Some of the world's largest earthquakes have occurred here in BC.

Our best research shows that these catastrophic earthquakes will occur again and can happen at any time. In fact, our area is home to thousands of small earthquakes every year.

The earth's crust is divided into large sections, called tectonic plates. Earthquakes occur as these plates slip past or underneath one another, releasing stress. This stress causes the ground above to move and shake in an earthquake.

These same geological processes also give us the mountains we enjoy here in BC.

Earthquakes we can expect in Vancouver

Here in Vancouver, we are near the boundary (or fault line) of two of these plates, the North American Plate, on which we live, and the smaller Juan de Fuca Plate. 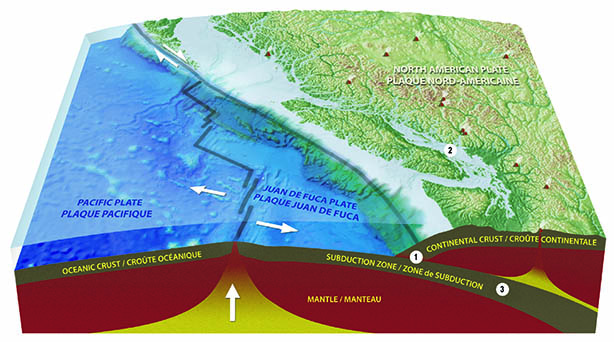 Three main types of earthquakes that pose a risk to Vancouver:

We have developed a strategy to better understand the risk and reduce the impact of an earthquake in Vancouver.