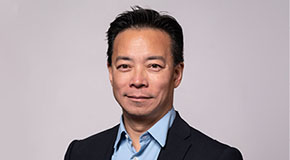 The Mayor's Achievement Award recognizes those who have a legacy and reputation for making life better for a broad segment of our population. In particular, those who made Vancouver shine with their long-term commitment to public engagement and volunteering.

Recipients are selected by the Mayor and are not open for public nomination.

We’ve reckoned with an unprecedented health crisis from contaminated drugs, which was declared an emergency on April 14, 2016, and is ongoing to this day. We’ve lost over 9000 British Columbians since the onset of this epidemic. But there are also many lives that have been saved, thanks to the invaluable work of the peers we are honouring with the Awards of Excellence. We want to recognize the front line leaders who directly respond and provide compassionate, life-saving services when our communities are in crisis from contaminated drugs.

The peer workers at Oppenheimer Park are part of Vancouver’s Peer Overdose Prevention project through Health Canada’s Substance Use and Addictions Program (SUAP). The peer workers support people accessing Oppenheimer Park facilities who may be at risk of overdose or overdose death. Through meaningful connection, building relationships, and providing lifesaving overdose response, the peer workers in the SUAP program contribute to making the city a safer place for people who use, and facilitate access to a safe, non-stigmatizing place for people to use the washroom, which is a basic human need that everyone deserves.