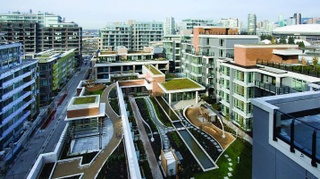 Fast facts about the utility

While similar neighbourhood energy systems are commonplace in Northern European countries, at the time of development only three other systems in the world recovered waste heat from untreated sewage: two in Oslo, Norway and one in Tokyo, Japan. Since this time, a number of other locations have implemented this heat source.

The City of Vancouver has won a number of awards recognizing the Neighbourhood Energy Utility, including the: