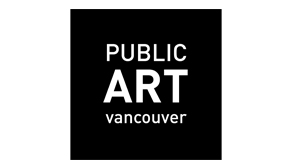 To honour and celebrate our Year of Reconciliation, the Public Art Program commissioned 10 new artist projects for an eight-month public exhibition of changing works.

The Reconciliation public art was recognized as Outstanding by Americans for the Arts.

Information on the artists and artworks, exhibition timeline, and background on the Platforms project can be found in the tabs below. Review the Year of Reconciliation webpage to see the context for the artwork.

The Platforms artworks will play a part in helping to mend the past, build shared understanding, and create a legacy for meaningful change in society.

Here is a glimpse of what you will see during the Platforms exhibition. 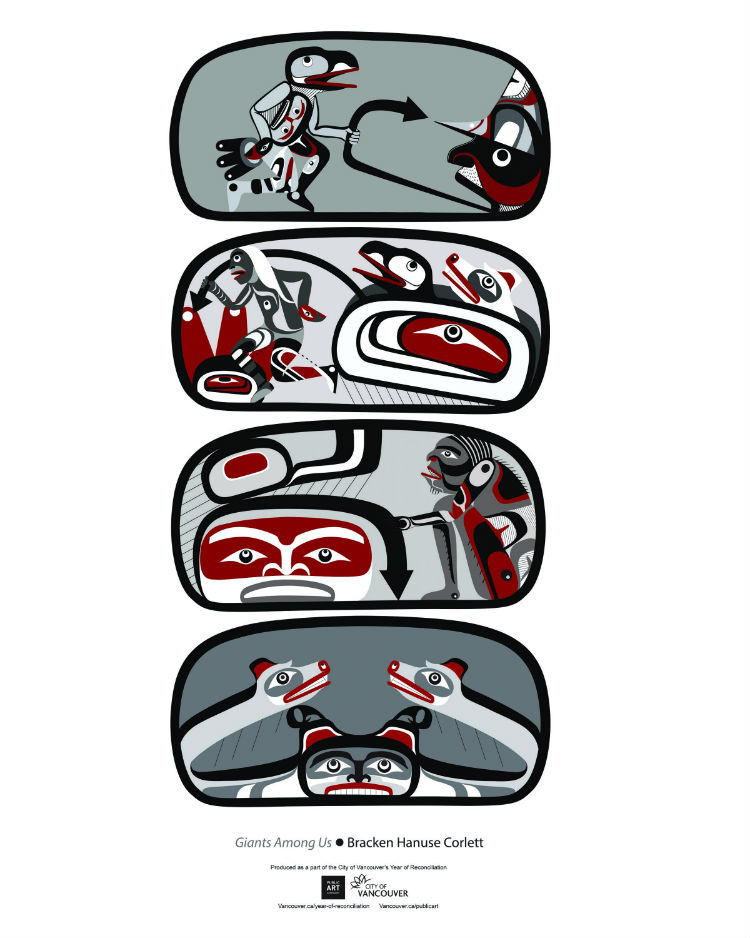 ()
Bracken Hanuse Corlett produced digital images for the transit shelter posters that explore monsters and giants from Northwest Coast oral history and how they relate to and parallel reconciliation and present day challenges.
Return to thumbnail view

About the Year of Reconciliation

The Year of Reconciliation is a call to action for all Canadians to come together to build more inclusive communities.

The goals of the Platforms project are to:

The call for artists was open to emerging and established Canadian artists who have completed basic training in the visual arts, and are producing work for professional and public venues.

Training could consist of completing formal institutional courses – such as a Fine Arts degree – or mentoring by established artists.

Aboriginal artists and artists from Vancouver were especially encouraged to apply.

How artists were selected

Proposals were evaluated by a peer panel of artists and art professionals based on the past work and initial approach of the artists.

All commissions were $5,000. This included all expenses to produce, design, and deliver the completed artwork.

Learn more about this initiative