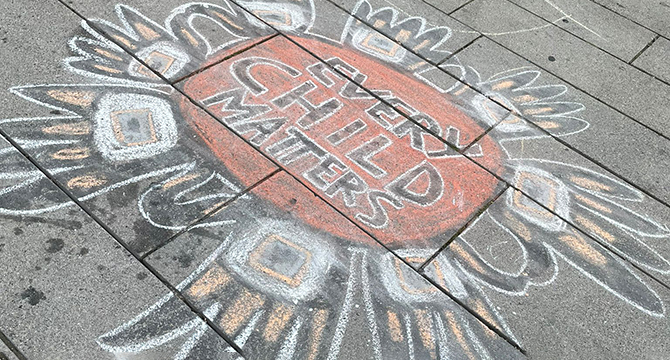 Content warning: The following information and resources may be traumatizing for people with experiences of residential school, child abuse, or sexual abuse. We invite you to prepare yourself emotionally before reviewing this content, and reach out for support as needed. The Indian Residential School Survivors Society External website, opens in new tab Emergency Crisis Line is available 24/7 for those who may need counselling or support: call 1-800-721-0066 or the 24-hour crisis line 1-866-925-4419.

We encourage all non-Indigenous residents to join us to pause, reflect and learn, and to undertake the significant work needed to bring about change.

As a City of Reconciliation, we remain committed to upholding the Calls to Action identified by the Truth and Reconciliation Commission External website, opens in new tab, including informing our residents and staff about the truth of what happened in residential schools.

This is a list of some resources about residential schools in Canada. There are many other resources available online.