For the several years in a row, the Great Beginnings Program annual community survey was administered in the neighbourhood.

The survey measures community attitudes and perceptions toward City of Vancouver-provided infrastructure, services and initiatives.

Survey results indicate that priorities and concerns did not change significantly between 2008 and 2010.

In that period, the resident sub-population has become progressively more positive about safety in public spaces. 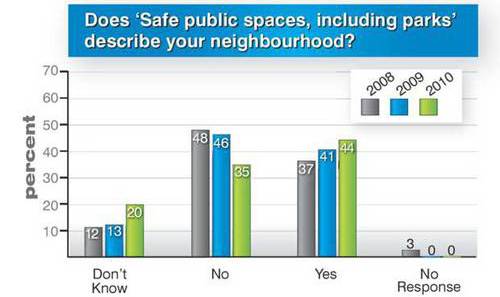 While neighbourhood cleanliness, access to public toilets and providing a welcoming retail environment remain a concern, residents and business merchants indicate that they are proud of where they live and support further revitalization efforts.

The street population continues to express a need for extended public toilet operating hours, supporting initiatives such as the Toilet Accessibility partnership project with VANDU. 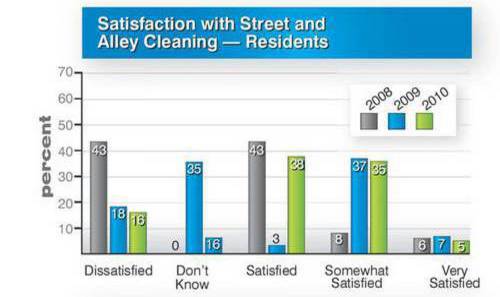 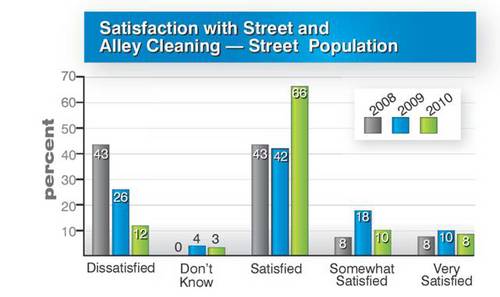 Downtown Community Court (DCC) is a program that gives offenders an opportunity to make direct amends for the offences they have committed in the Downtown East Side. Great Beginnings provided funding for a Community Court Supervisor for the first year of DCC’s operations.

Providing a beautiful backdrop for the vibrant Strathcona business area, the flower baskets were the result of a three-year partnership between the City Great Beginnings Program and the Strathcona Business Improvement Association (BIA).

Documentary: Seeds of the Inner City

The purpose of the Pioneering Urban Food Production in the DTES project was to produce a documentary film about the SOLEfood Farm, the first urban farm in Vancouver run by inner city residents. The documentary, entitled Seeds of the Inner City, was directed by Colombian-Canadian filmmaker, Andrés Salas.

Heart of the City Festivals

Since 2008, the Great Beginnings Program has supported the Heart of the City Festival in celebrating the history, culture and people of the DTES.

Two days from 10am to 5pm of the best food and community service providers in the Downtown Eastside provided for homeless and under-housed residents at Oppenheimer Park.

With support from the Great Beginnings Program, Megaphone runs a series of writing workshops in the Downtown Eastside and downtownVancouver for marginalized writers. These workshops are run in treatment centres, social housing buildings, and community centres.

The Oppenheimer Park Commemorative Project is a celebration of the rich cultural history of this park in the downtown eastside of Vancouver.

Oppenheimer Park Community Garden was created in the north eastern corner of Oppenheimer Park and will be overseen by local organizations.The garden increases community involvement in the local food system and cultural traditions, and improves community capacity to deal with food security.

A 2009 study by researchers at Simon Fraser University and the University of British Columbia found that a small strip in the Downtown Eastside (DTES) was the most dangerous place for pedestrians in Vancouver and that 10% of all pedestrian injuries happen in this neighbourhood. Great Beginnings engaged with DTES residents to make the community safer for pedestrians.

In 2009, the Great Beginnings Program partnered with EMBERS, an inner-city social enterprise, to foster the business acumen and skills of inner-city women through sewing projects. Using street banners destined for the landfill, the project produced 1,100 sports bags, which were distributed to inner-city schools as part of the Sport Fit Program.

Spatial Poetics is an annual event held during the Powell Street Festival. At the 2009 Spatial Poetics, BC-based Asian Canadian artists collaborated on the creation of interdisciplinary artworks in alternative locations.

Clean Street participants provide micro-cleaning of city lanes and streets throughout the Downtown East Side.

In the Downtown Eastside (DTES), there has been a call for more public toilets. Homelessness, drug addiction and mental illness place even more pressure on the limited resources that are available, and result in laneways being used as alternatives to public toilets. Great Beginnings teamed with community partner the Vancouver Area Network of Drug Users (VANDU) to respond to this need.

In 2009, the Traces project created a living history project through various artistic mediums that connected, engaged, and built the capacity of local youth, seniors, and artists in celebrating and documenting East Vancouver’s Strathcona neighbourhood.

Streetfest 2009 introduced young people to the Chinatown community by fusing traditional Chinatown with popular youth culture that may not normally be associated with the area. The Dr. Sun Yat-Sen Courtyard acted as a venue for a ‘B-boy’ dance competition.