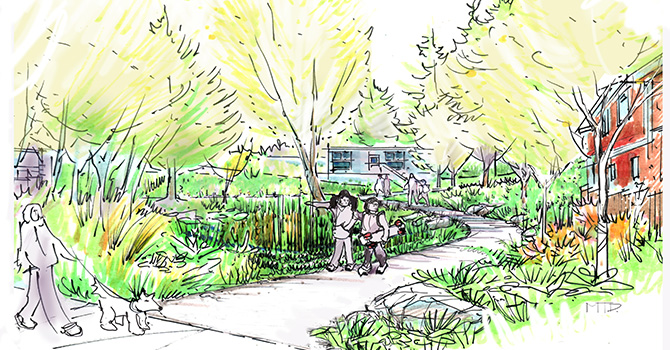 The Park Board has been exploring options to enhance Gibby’s Field as a naturally-managed area and build on the community vision developed by the Gibby’s Field Group and subcommittee.

Commonly known as “Gibby’s Field,” this site was once the meeting place of two tributaries of China Creek. As Vancouver developed, creeks were piped into sewers and buried. While a relatively small and sloped site, this park offers potential for rainwater slowing and filtration, ephemeral wetland habitat, urban forest, and environmental education.

Following a geotechnical study and a proposed residential development, a group of citizens came together to form the “Gibby’s Field Group” to protect the area from further development. In 2001, a development moratorium was placed on the sites of 1454, 1458, and 1462 E 18th Ave and the properties have since been transferred to the Park Board.