The plazas surrounding the Vancouver Art Gallery have long been a space for people to socialize, and a place for civic and creative expression.

South of the gallery, the 800-block of Robson Street is being transformed into a permanent public plaza. A design for the plaza was created based on public and stakeholder feedback. Construction on the plaza will begin in September 2019 and is expected to last until spring 2021.

In March 2021, the section of Robson St that sits between the art gallery and the Law Courts reopened as a permanent, public plaza.

Slideshow of the final design of the plaza

The design is based on feedback we heard from residents, visitors, plaza users, and businesses through consultation. 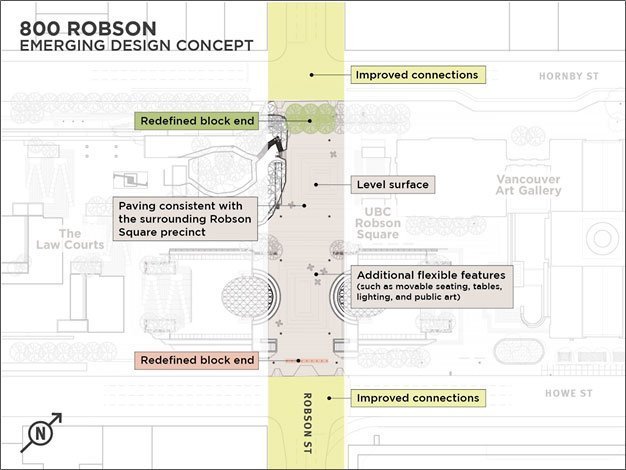 Want to hold an event here?