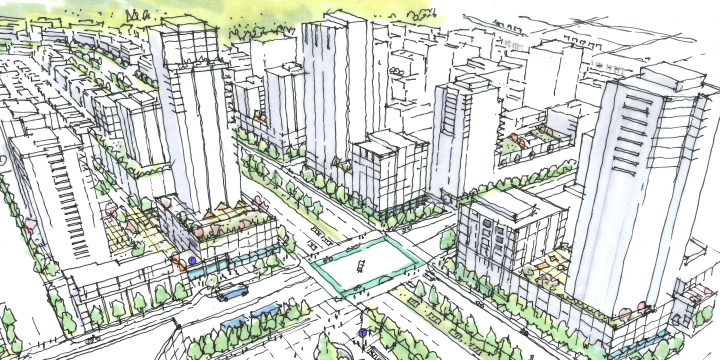 The Cambie Corridor Plan is a framework to guide change and growth over the next 30 years along the Canada Line.

The plan builds on the distinct character and context of the corridor’s neighbourhoods to create complete communities with places for current and future residents to live, work, shop, play, and feel part of a community.

The plan policies allows significant change in the corridor over the coming decades and will, together with growth on major project sites, more than double the population and add over 30,000 new homes. This makes the Cambie Corridor the biggest growth area outside of Downtown.

As part of the Cambie Corridor Plan, we’re improving safety and access for all road users along Cambie St and other major roadways, such as King Edward Ave between Heather and Ontario streets.

The council-adopted versions of the Cambie Corridor Plan and associated Public Realm Plan can be downloaded below.

The Plan provides a framework to guide change and growth over the next 30 years in the Cambie Corridor.

The Public Realm Plan will guide the design of public and semi-public spaces and inform a sense of place throughout the Corridor.

A two-minute snapshot of the Plan and its long-term goals.