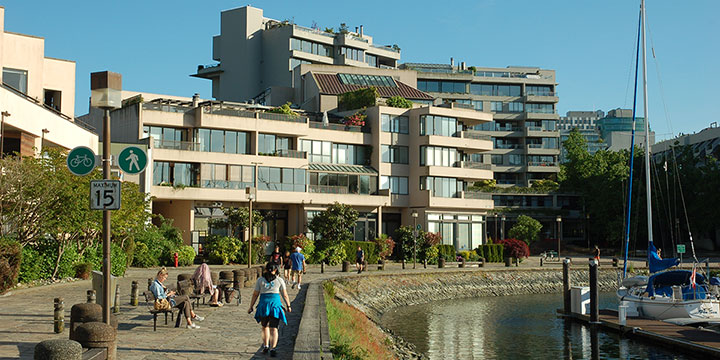 The City of Vancouver, through its Property Endowment Fund, owns 80% of the land in False Creek South. The rest is owned by other levels of government, the Squamish First Nation, or private owners.

When the neighbourhood was built in the 1970s and 1980s, much of the City land was leased to tenants via 60-year ground leases. Most of these leases expire between 2036 and 2046.

There are 1,849 housing units on City land that are a mix of housing types. An additional 1,354 homes are on land owned by private owners or other levels of government.

We're considering how we can maintain affordable housing for diverse groups of people, including current residents. A new vision for False Creek South would be implemented slowly over time and our approach would be based on: