Streets and connectivity in the Northeast False Creek Plan 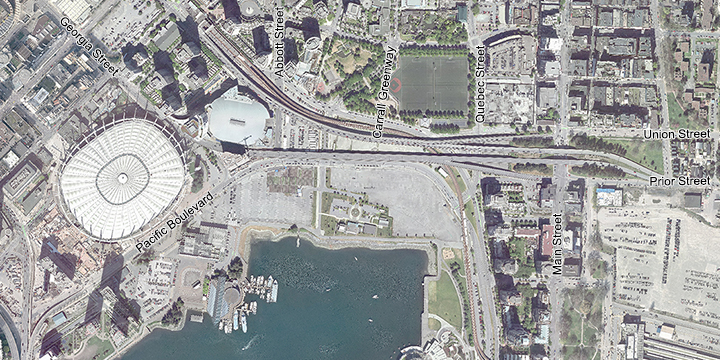 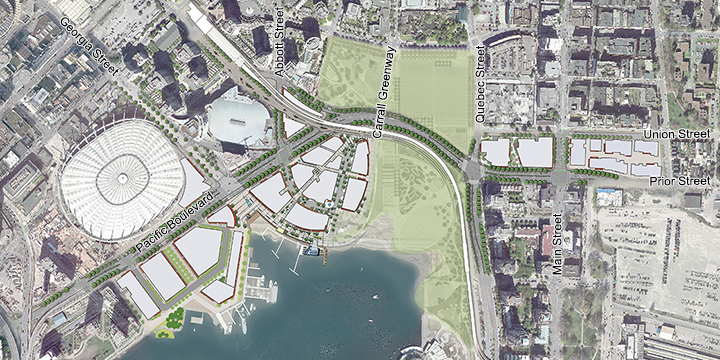 The Georgia and Dunsmuir viaducts are aging, seismically vulnerable, and need to be replaced.

The decision to replace the viaducts was based on several years of testing, analysis, and consultation.

The replacement complete street network will provide improved efficiency and resiliency, focusing on a new two-way Georgia St that connects to a new two-way Pacific Blvd.

Our next steps are to:

We plan to start in late 2018 by moving utilities and making small, early changes, pending Council approval and funding.

The new street network will:

To offset the proposed encroachment of Pacific Blvd into Andy Livingstone Park, we propose to convert Carrall St (Expo Blvd to Keefer St) into park. 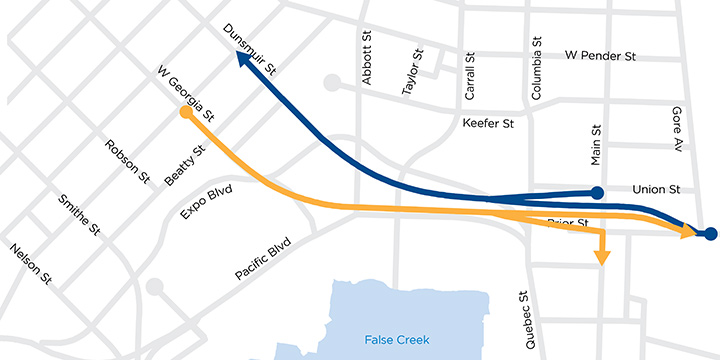 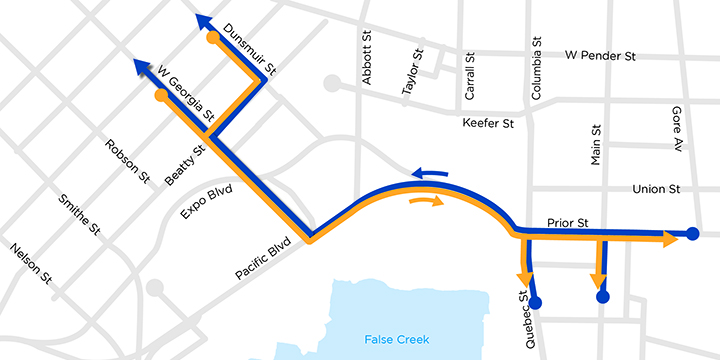 Ensure the design of the streets:

In October 2015, Council approved the decision to replace the Dunsmuir and Georgia viaducts with a new ground-level street network.

The existing viaducts offer no direct connection between Downtown and Northeast False Creek. They bypass the area entirely. The physical footprint of the viaducts, combined with the SkyTrain guideway, prevent Pacific and Expo Boulevard from having an efficient and direct connection to Main Street.

Accommodate the movement of goods
PREV   NEXT

Pacific Boulevard, Expo Boulevard, the Georgia Viaduct, and the Dunsmuir Viaduct are designated truck routes. They provide connectivity for the movement of goods by vehicles ranging from small cube vans to large 75 foot semi-trailers both to and through the area.

The new Georgia Ramp and the new Pacific Boulevard from Georgia Street to Main Street will be designed to accommodate:

We have worked closely with the operational managers of Rogers Arena, BC Place, and Costco to develop:

Connect to new road in False Creek Flats
PREV   NEXT

Georgia Street and the Dunsmuir Connector will improve pedestrian and cyclist access to and from the two stadiums.

As part of the False Creek Flats planning process, we are investigating an east-west arterial to replace Prior Street. This work is being done in conjunction with work to develop a new street network through Northeast False Creek.

Emergency vehicles are unable to use the Georgia and Dunsmuir viaducts, as they lack flexibility to re-route in case of an emergency. A new ground-level street network will provide better support to the new St. Paul’s Hospital.

Planning for the new St. Paul’s Hospital is integrated into the False Creek Flats planning process.

The network's wider sidewalks with space for larger trees will encourage people to walk more, including to bus stops and SkyTrain stations.

A "complete streets" approach considers the needs for people of all ages and abilities to come together and for all modes of travel in its design. Safe and comfortable access for people gathering, walking, cycling, and using transit is an integral planning feature – not an afterthought – and accessible design features allow all people to meet their daily needs and participate in public life.

Through the planning process, input has been incorporated from stakeholders and the broader public to develop a set of principles for designing streets within Northeast False Creek. The principles are as follows:

How the new street network will be funded

The projected cost of the proposed removal and replacement of the viaducts can be fully funded by:

This revenue would pay not only for the replacement of the viaducts, but also for other works needed in the area related to its development, including: