This project was supported with a $50,000 grant from the Trans Canada Trail grant.

This project helped improve safety on a well-used portion of the Trans Canada Trail that connects Vancouver and Burnaby (east of Skeena Street and Bridgeway Street.)

Before construction, there was an old wooden structure under the Trans Canada Trail that was likely the remnants of a previous on-ramp to either the original 1925 Second Narrows Bridge, or a past ferry system between Vancouver and North Vancouver.

The structure under the path was failing due to age and as a result, was causing the ground under the trail to shift, increasing concern of an eventual landslide.

During the project, the old structure was demolished and a new wall was built to stabilize the slope. New concrete barriers and fencing were also installed on the north side of the trail. 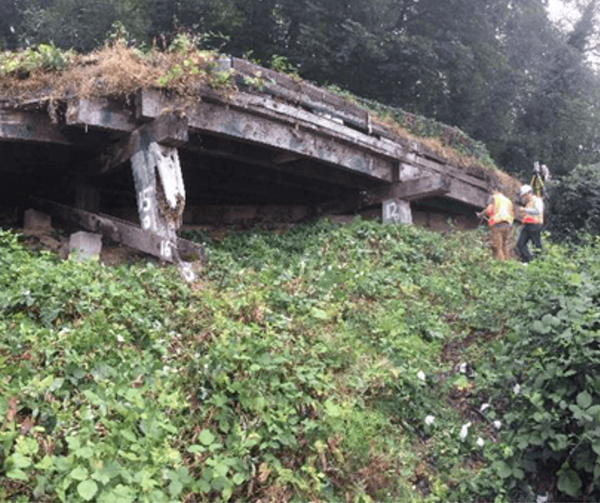 The old structure that was removed

Work was completed from Bridgeway and North Skeena streets, extending eastward toward the underside of the Second Narrows Bridge.